You are currently viewing our community forums as a guest user. Sign up or
Having an account grants you additional privileges, such as creating and participating in discussions. 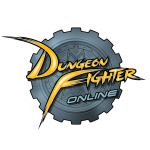 Can you believe that it's been a year since Dungeon Fighter Online's official launch? It seems like only yesterday that our brave new Dungeon Fighters were fighting through Lorien and saving Seria from Goblins. Now, they're battling in raids against the Goblin King Golgo and Captain Petrilisk, defending Arad against the most hideously evil and awe-inspiritng of monsters.

Without your support and loyalty, Dungeon Fighter Online would not be where it is today, and so to celebrate, we're hosting a never-before-done-event, along with giving out FREE avatars to honor DFO's First Anniversary!

Event 1: Get your Party Faces on!
Get your Party Hats and Party Whistles because it's DFO's 1st Anniversary! Join us in commemorating this event by rocking these perrmanent and festive avatars!

Note:
!! Players can redeem 1 Party Hat (hat avatar), and 1 Party Whistle (face avatar) to the character(s) of their choice. You can send both avatars to 1 character, or to 2 separate characters. It's up to you! Choose your character (in the drop-down menu) wisely.
!! Party Avatars are permanent but untradable.
!! If the pop-up window does not appear when you click on the "Claim your Avatar" link, please update your Pop-up Blocker Settings to temporarily allow pop-ups (or pop-unders!!!)

Event 2: 1st Anniversary Burning Event
It's DFO's 1st birthday, so you know we have to have crazy events!! During the next 2 weekends, Dungeon Fighters will receive...

We thank you, Dungeon Fighters, for helping to bring Arad into this new era!

http://dungeonfighter.nexon.net/News/Content.aspx?boardNo=200&contentNo=00CCd
Continue reading...
Replies: 0
Discussion in 'DFO News' started by Bernelli, Jun 9, 2011.
Jun 5, 2011
Discontinuing "old-wiki" on August 1st, 2011.
As previously mentioned problems with spam and security on the old wiki, we have deployed the new Wiki system. To help finalize the transition, we will be discontinuing service of old-wiki in favor of the new Wiki. This change over will complete on August 1st, 2011, where we will be completely removing the old-wiki.

With high possibility of of Second Impact's imminent incoming, some of the information in the old-wiki will be out-dated, and require clean up anyways. If you believe any of the current information are useful, please port them over into the new wiki.

To celebrate the Rebirth, the EXP curve has been rebalanced!
Level your characters faster than ever before and reach level 70
so that you can explore the horizons beyond Arad!

With the new Blitz Points system, not only can you play for as long as you want, but you’ll be rewarded with bonus EXP!